Alternatively the CivilWeb Steel Connection Design Spreadsheet Suite includes fin plate connections along with end plates, splices, welds and base plate design spreadsheets. This powerful suite of spreadsheets can be used to design any commonly used steel connections and is available to purchase at the bottom of this page for only £29.99.

Fin plate connections are commonly used in multi-storey braced frame construction and in other simple frames. This allows the beams to be designed as simply supported and the columns can be designed for mainly axial loads.

Fin plate connections consist of fin plates welded to the column which are then bolted to the beam. Only a small clearance between the beam and supporting column remains. Fin plate connections are very popular in simple construction because they are economical to fabricate and can be quick and simple to install.

Firstly the user must enter the details of the beam and column. The spreadsheet allows the designer to choose from any standard I shaped beam or column section including UB, UC, UBP, HE, IPE, HD, HLZ, HL and HP sections. In total geometrical and design details for over 500 different sections are included in the spreadsheet.

The next step is to input the loadings which the fin plate connection will be subjected to. These include the shear force to be resisted and any tying forces required for the design. The user must also input the partial action factors to be used. These factors are automatically set to the required values in BS EN 1993-1-8 though they can be altered to suit alternative standards.

The calculations undertaken automatically by the spreadsheet include;

The spreadsheet also shows a summary of the design calculation results at the top of the page, allowing the designer to see the effects of any changes to the design instantly without scrolling up and down the page.

The CivilWeb Fin Plate Connection Design Spreadsheet also includes unique graphs for detailed analysis of the fin plate connection design. These graphs show the effects of alterations to the fin plate thickness and bolt diameter on the design results. These analysis graphs enable the design to see at a glance exactly how the plate thickness and bolt size can be amended to suit the design requirements. This removes the need for time consuming iterative calculations to optimise the design, it can be done at a glance.

Or why not buy our best value bundle, the full CivilWeb Steel Design Suite which includes all of our steel design spreadsheets for only £49.99, a saving of 66%.

To try out the free trial version of this software, please enter your email address below to sign up to our newsletter and we will send your free version now.

Other Steel Design Spreadsheets from CivilWeb; 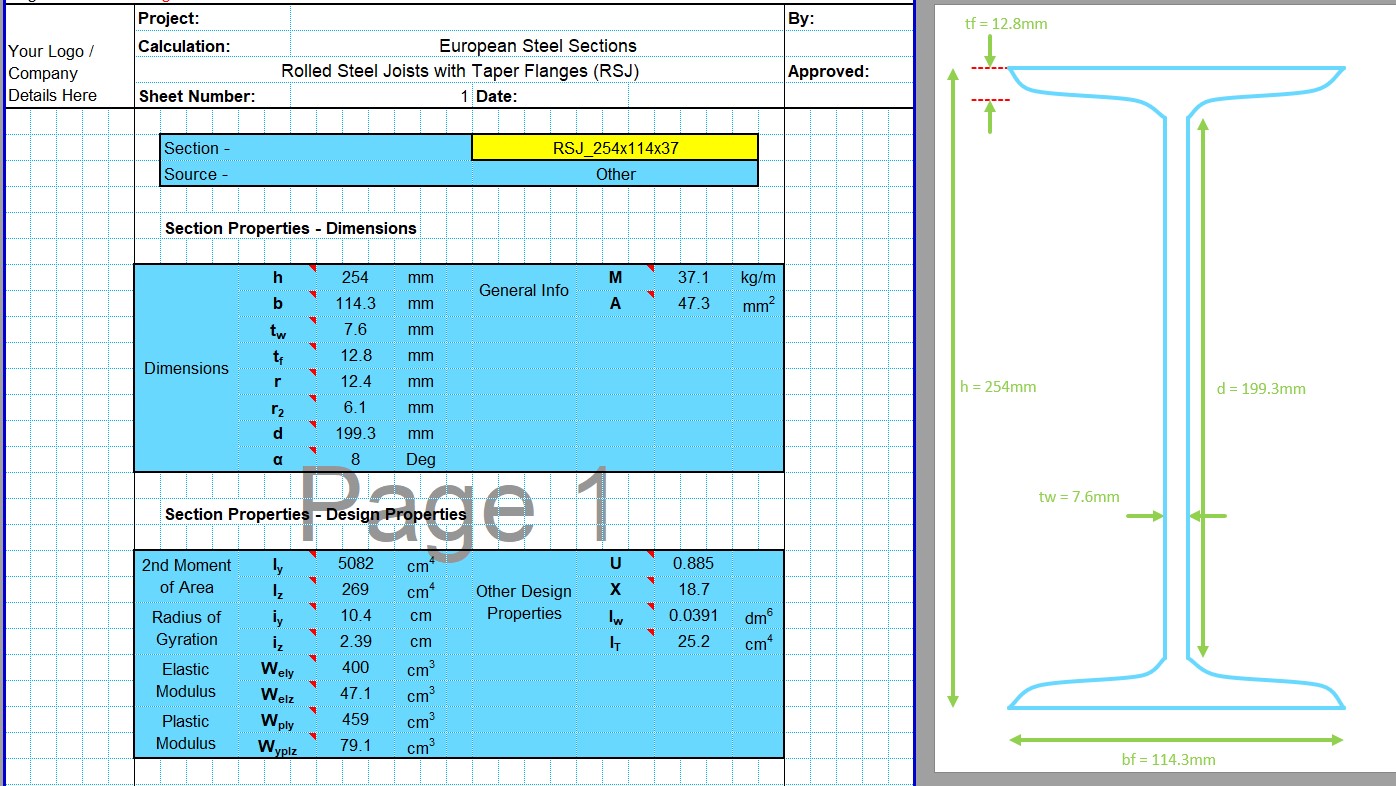 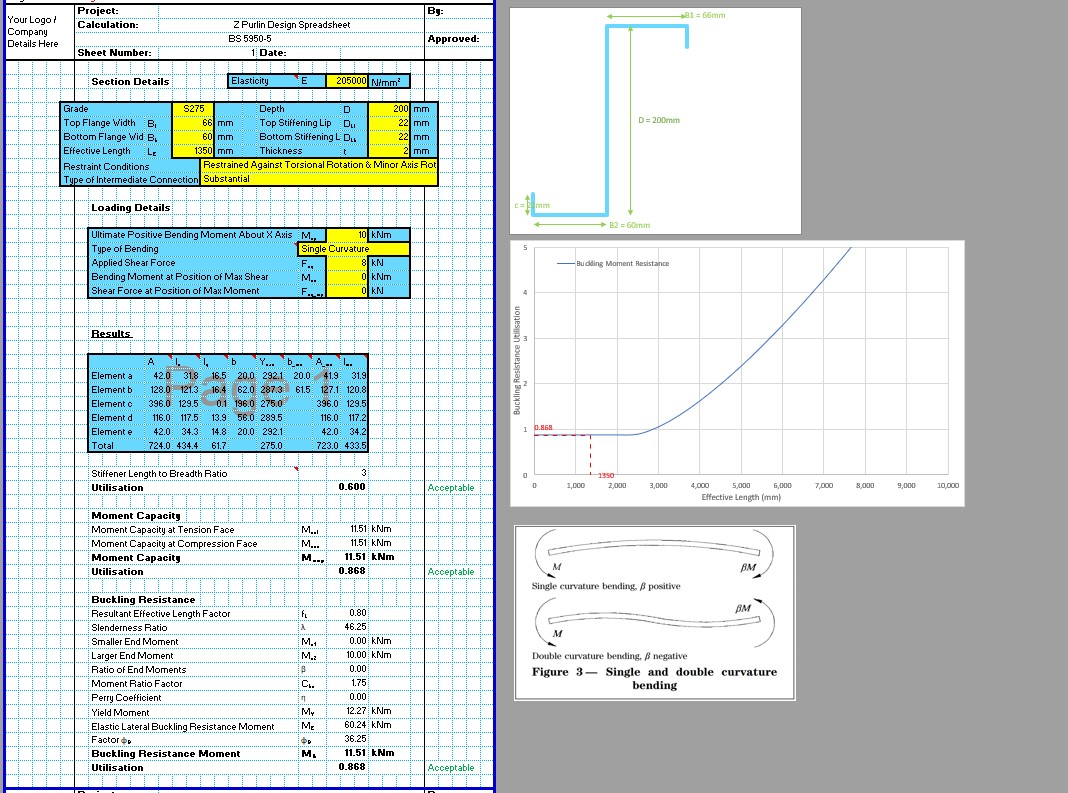 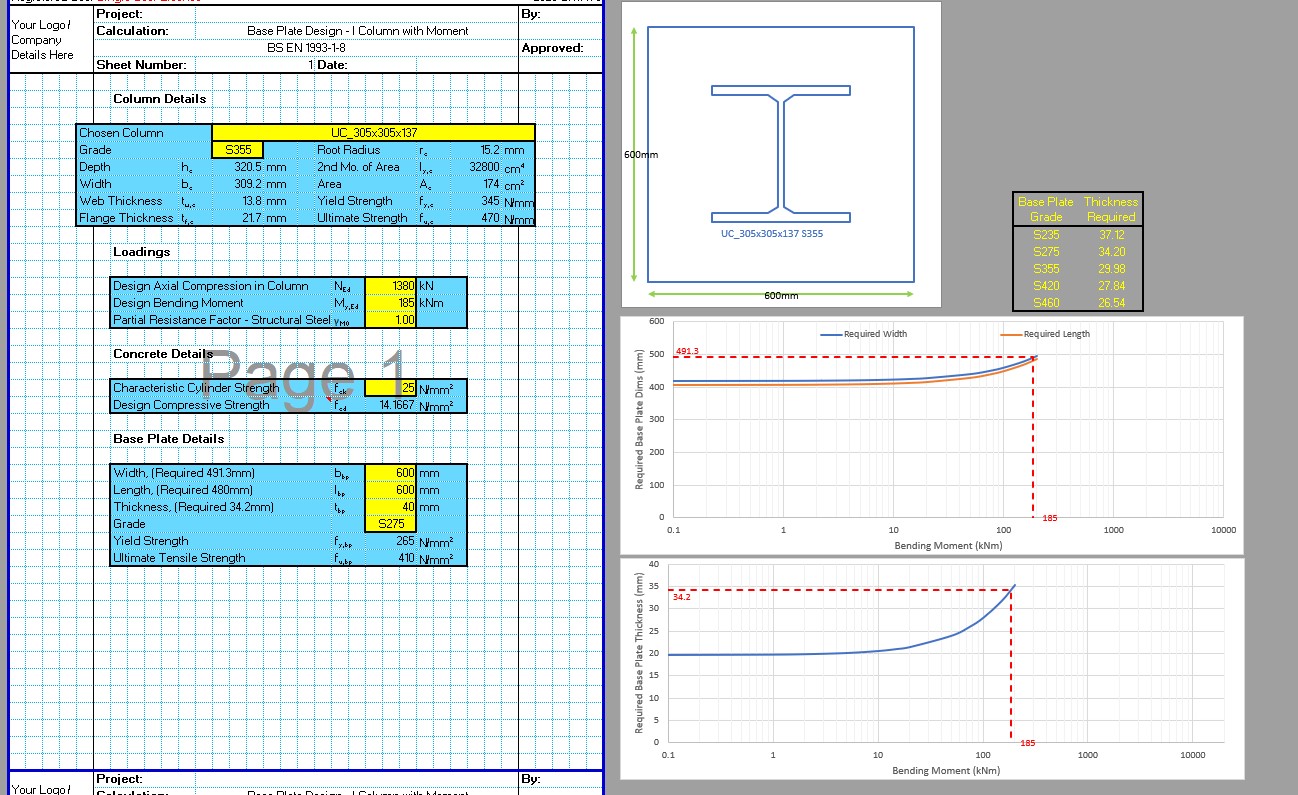