The Spangler modulus of soil reaction is an empirical value used to evaluate the stiffness of the soil-pipe-bedding system. After calculating the loads acting on the buried pipe, the next step is to evaluate how these loads affect the structural integrity and performance of the proposed steel pipe. As the steel pipe is flexible much of the load is taken by the soil and bedding materials to either side of the pipe as it deforms. This mechanism means that the soil-structure interaction is critical in evaluating the structural performance of the pipe-soil structure.

The contribution of the soil and bedding materials to the strength of the overall steel pipe-soil system is evaluated using an empirical parameter called the effective overall modulus of soil reaction. This is sometimes referred to as the Spangler modus. This is not a universal soil property so it cannot be measured directly but must be calculated including details of the proposed pipe, bedding material and stiffness of the native soils. It may also be affected by the effective stress and depth of the soil.

In order to calculate a suitable effective overall modulus of soil reaction the soil reaction moduli for the native soils and the bedding materials must first be determined.

The modulus of soil reaction for the native soils can be estimated using the below table taken from BS EN 1295-1. These typical values have been evaluated from soils samples taken at shallow depths and with groundwater present as this will present the worst case scenario. For typical installations at several metres depth and with above groundwater these typical values are conservative.

Again these values cannot be measured directly and are dependent on the soil strain with maximum values unlikely to be mobilized in practice. Attempts have been made to calculate or correlate the modulus of soil reaction from soil parameters such as elastic modulus and from the stress and strain of the soil. However it is recommended that the typical values are used.

An alternative set of typical values are presented in Sewers for Adoption, as shown below. 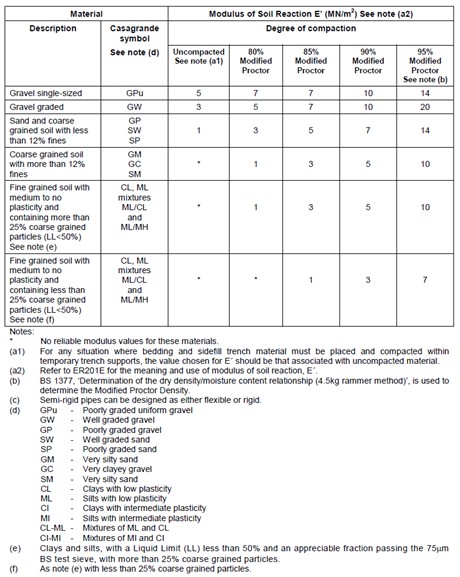 Similar to the native soils, the bedding materials must also be allocated a value to allow for their stiffness in the soil-pipe structure. The below table taken from BS EN 1295-1 gives typical values for standard flexible pipe bedding details. 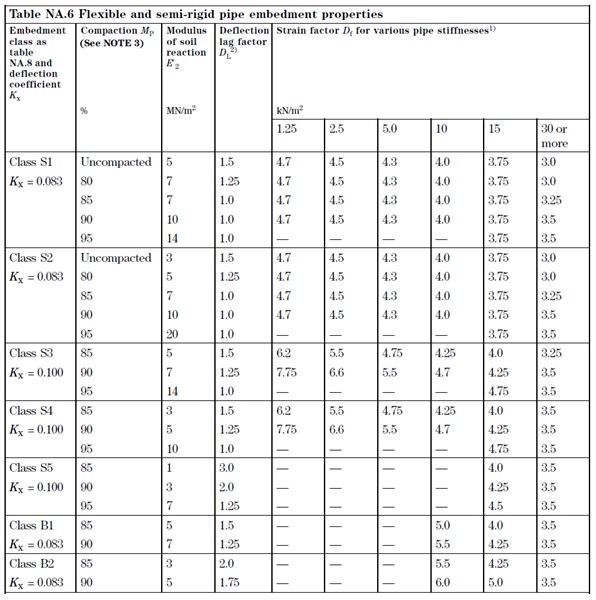 The overall modulus of soil reaction can now be calculated using the below equation where CL is Leonhardt’s Coefficient.

Get your copy of the CivilWeb Buried Pipe Design spreadsheet including full flexible pipe design now for only £20. 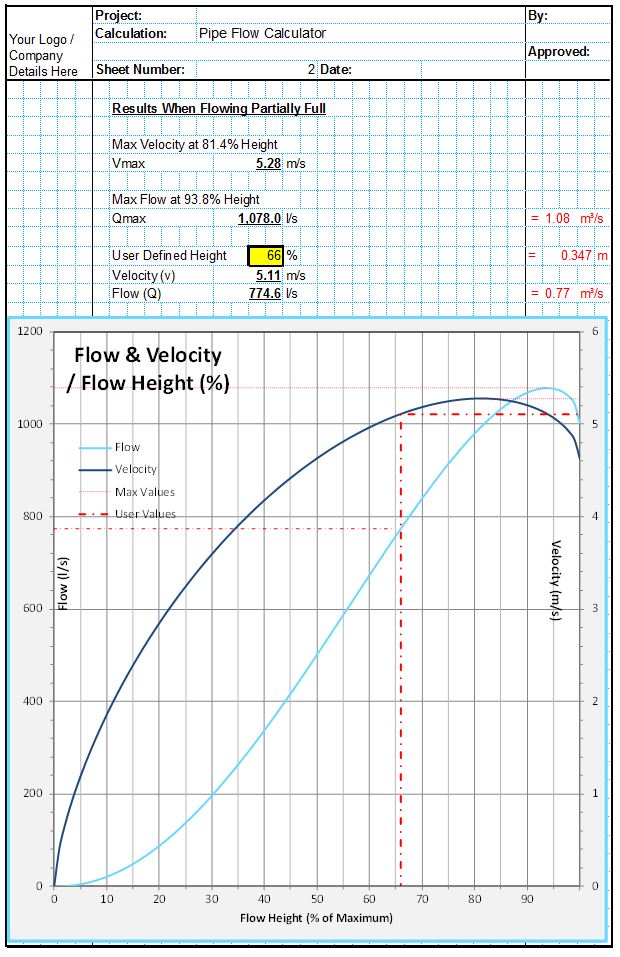 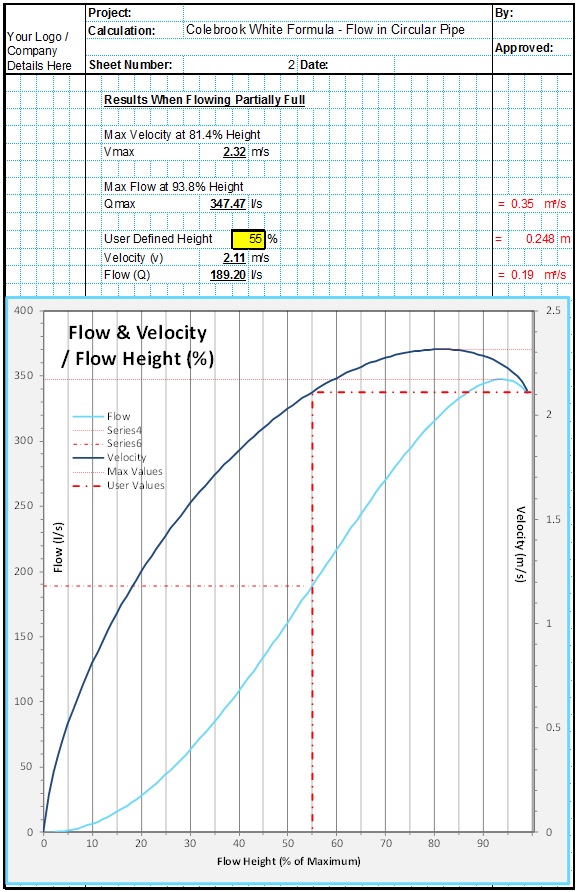